What is the difference between astrology and astrosophy?

The science of astrology goes back ~2500 years in Babylon when the 12 equally large zodiac signs were artificially created from the star constellations on the Sun’s orbital path. It is noteworthy, however that these star constellations are not 30 degrees in size – they are either smaller or larger and in a few cases they even overlap each other and there are cases where there are spaces between them.

Surely, you have all experienced it as well when you reacted somehow in a situation and then, in the evening you seriously thought about whether this response was the right one or not?! In general, our first reactions are guided by our own zodiac signs. But how our soul thinks about the situation is the message of the star constellations. Where does this difference come from? As with everything in the world, the Universe is constantly on the move. 2500 years ago the 0 degree of the Aries zodiac overlapped with the inception of the Aries star constellation, but currently it is in the star constellation of Pisces in the Eastern Fish and in 800 years it will be in Aquarius.

In practice, this means that if my ascendant is close to the 0 degree of the Aries zodiac sign, looking at it in the star constellations it is in the Pisces’ Eastern Fish. In this case, we are prone to reacting impulsively or rather stubbornly in a situation and then later in the evening it becomes clear that our soul was left out of our reaction – I should have thought more about it and gathered my thoughts before blurting out those few sentences.

It is precisely these, often times seemingly insignificant, yet life determining differences that astrosophy shows us and makes it possible to make the best of them.

In this case what is the difference between the astroscope and the horoscope?

As in Hungarian and so to in the mythological world of all other nations, we can find tales that tell us that we people and our souls come to Earth from the stars. If we are really honest with ourselves, sooner or later the question – which we often do not even dare to say aloud - arises in all of our souls - what am I doing here? What did I bring with me when I was born and even - what is my job or task here in the world?

The horoscope works with the above mentioned 12 zodiac signs. As Zoltán Paksi writes in his book “Star messages of the sky paths”: “They want Light to be perceived by planets that do not have light … It is not mentioned which star is visible in which star constellation, in which sky environment and what it symbolizes. Thus, star decoding turned into fortune telling – without the stars.”

The astroscope is a Star Map that shows the starry sky at the moment of our birth. It is more than a horoscope, as it contains not only the zodiac signs, but also the star constellations themselves and the stars that we know. With the help of these, the astroscope can show a person’s energy system, the driving forces of his/her operation and his/her inner world. It is nothing other than the energy map of the moment of our birth. This Map then helps our orientation during our lives when we reach a crossroads. Should we turn left or right? It gives us clues as to which way we can most quickly achieve the best, healthiest, fullest and happiest life. 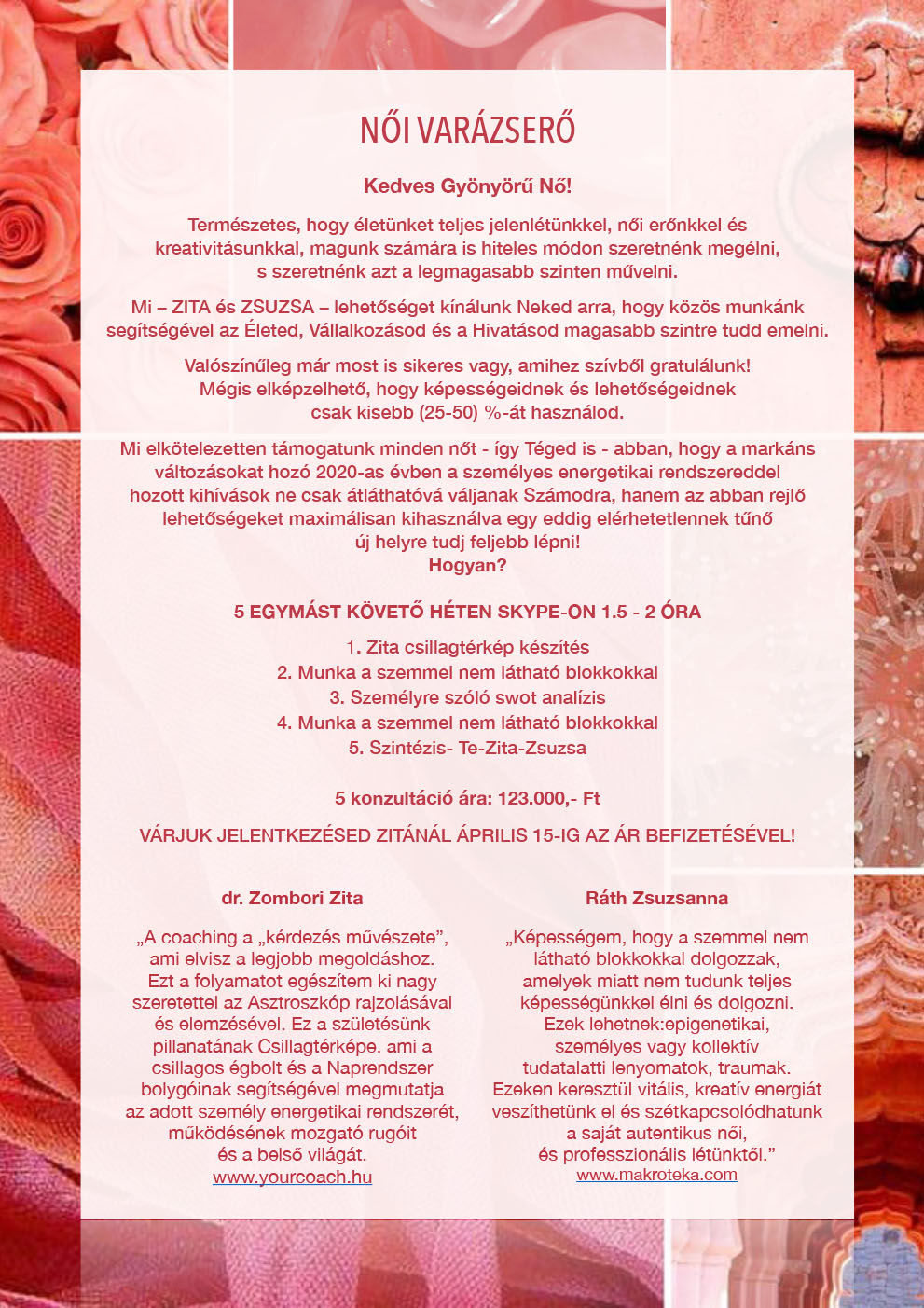